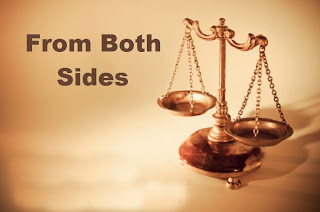 This is enshrined in our Laws as Justice, why do people practise daily the opposite when

they hear stuff from others and then make instant decisions with out doing what they would demand if a charge was laid against them ???

Circumstantial evidence does not equal guilty Folks … make sure you’re not judging others on such evidence!

If Your Brother Sins Against You

15“If your brother sins against you, go and tell him his fault, between you and him alone. If he listens to you, you have gained your brother. 16 But if he does not listen, take one or two others along with you, that every charge may be established by the evidence of two or three witnesses. 17 If he refuses to listen to them, tell it to the church. And if he refuses to listen even to the church, let him be to you as a Gentile and a tax collector.

17 then both parties to the dispute shall appear before the Lord, before the priests and the judges who are in office in those days. 18 The judges shall inquire diligently, and if the witness is a false witness and has accused his brother falsely, 19 then you shall do to him as he had meant to do to his brother. So you shall purge the evil [a] from your midst.